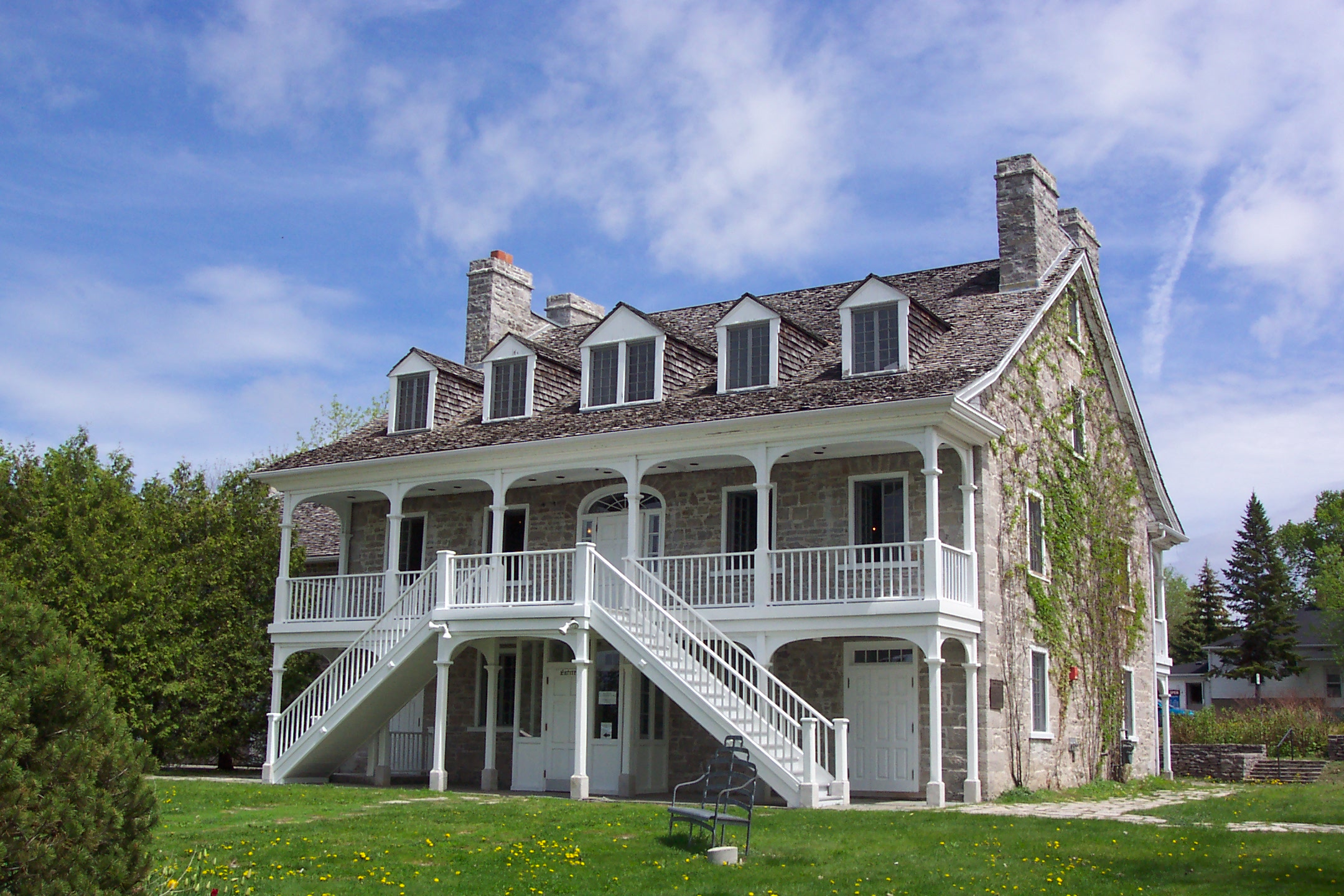 Click on the photo to view a short video on the Symmes Inn.

It was in 1831 that Charles Symmes, founder of Aylmer (then the region’s administrative centre) and nephew of Philemon Wright, built this hotel to accommodate travellers coming by steamboat from Montreal. They were required to land in Wrightstown (Hull) to avoid the Chaudiere Falls. The passengers then travelled by stagecoach along the historic Aylmer Road to Symmes Inn before embarking on a steamboat to continue upriver.

Situated on the banks of Lac Deschênes and the Ottawa River, Symmes Inn is the centerpiece of Aylmer’s heritage, cultural and tourist district, which is the most significant and best preserved area of Gatineau’s historic buildings.

A symbol of pride for the people of the region, Symmes Inn was classified as an historic monument in 1975 and designated as a national historic site of Canada in 1976. After having served many a purpose throughout the years, the building was restored in 1978. In 2002, the City of Gatineau proclaimed the building a “heritage gem” par excellence. Since 2003, the inn has housed the Symmes Inn Museum.

To learn more about the history of the inn and Charles Symmes, visit our permanent exhibition Symmes Inn: Windows onto the Ottawa River.

Originally located in the John McLean House (c. 1840) at 10 rue Principale, the Aylmer Museum has stood witness over years to the urban, cultural and educational scene in Aylmer. An off-shoot of the Aylmer Heritage Association in 1987, the Museum has contributed to bring local and regional history to life through its varied programs and activities. Geology, First Nations, explorers, fur traders, the timber industry and the steamboat era have all been presented by the Museum.

By moving into Symmes Inn—greater Gatineau’s most outstanding heritage building—the Museum has again taken up some of those themes, with its permanent exhibition primarily focused on the Ottawa River and its tributaries from the pre-European period to the present. Because of its ideal location, Symmes Inn Museum is indeed at the heart of Aylmer and is an important centre of activities for the nearby heritage district.

Thanks to its permanent, temporary and traveling exhibitions and in cooperation with the Réseau du patrimoine gatinois, as well as local colleges and universities, libraries and other sector stakeholders, the Symmes Inn Museum will be the catalyst for promoting local and regional history to the young and not so young and for encouraging historical research. In this way, the Museum contributes to the development of a sense of identity and pride for the residents of Gatineau and the entire Outaouais region.

The mission of the Museum is to protect, study, interpret and promote the Charles Symmes Inn and to collect the cultural heritage associated with it in order to make known the history of this classified building and to strengthen the social structure of Gatineau, by relying, among other things, on a museum education program and on an approach that encourages meetings and exchanges.