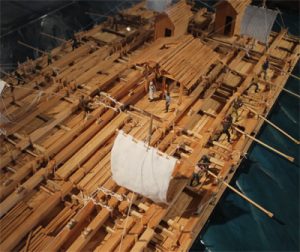 With the this exhibition,  the Museum want to acknowledge the temerity and courage of lumberjacks, log drivers and raftsmen who contributed to the growth of the forest industry in the Outaouais. 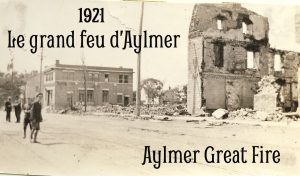 With strong northeasterly winds, the fire quickly swept through the heart of downtown Aylmer, destroying homes and businesses along a two-block wide, one-mile long diagonal strip. Over 700 people were left homeless. Damage were estimated at $750,000.

The Hull and Ottawa Fire Departments came to help the Aylmer Volunteer Fire Brigade but were unable to deal with the flames.